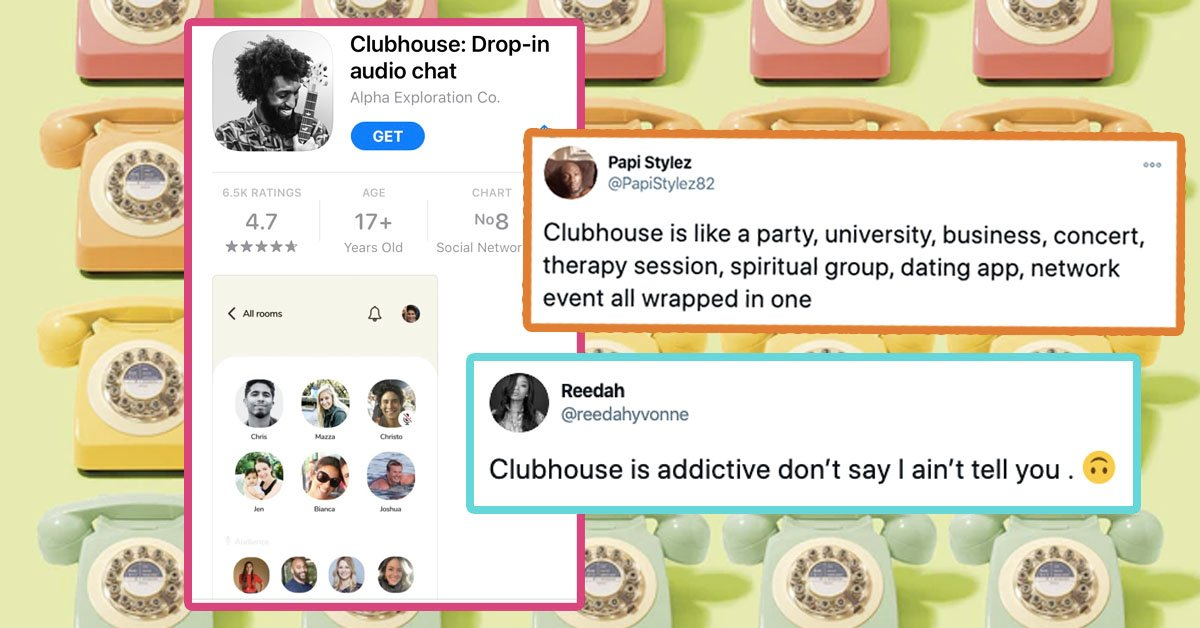 Welcome to the Clubhouse

There’s a new social media kid on the block, but you’ve got to know someone who knows someone, to get into to this party. Clubhouse launched itself (along with COVID!) in March 2020, as an invite-only, audio-based iOS only (at this stage) app.

Part talk radio, part conference call, part Houseparty, Clubhouse is a social networking app based on audio-chat. Users can listen in to conversations, interviews and discussions between interesting people on various topics – it’s just like tuning in to a podcast but live and with an added layer of exclusivity. So, no pictures or videos, other than the profile pics of users.

For those who are invited to join and get access, the app offers various conversational topics to follow, including sports, tech, books, health, world affairs, faith and so on. In each, you’ll find people interested in the same thing, and you can follow them. The more information you give the app about your interests, and the more topics and people you follow, the more likely you are to get suggestions for a room that fits your needs and desires.

The current limit is 5,000 people per Clubhouse room, although a few recent celebrity appearances have resulted in users in that room live-streaming the conversation on YouTube.

Just like a webinar, where some people are talking and most listening in, the host of the room is in control. But anyone listening in can virtually “raise a hand” and it’s up to the room’s creator or moderator if they want to let you talk. And, just like a phone call, once the conversation is over, the room is closed.

Why is Clubhouse only for iOS and not Android?

Clubhouse is currently only available on iOS, although an Android app is in development. The developers appear to be wanting to scale up slowly, as there are more Android users than iPhone users worldwide. This may have been a good call as starting on Android might have felled the Clubhouse servers after Elon Musk was interviewed by the Good Time club in January 2021, and then agreed to do Clubhouse with Kanye West, following this up with a tweet at the official account of Russian president Vladimir Putin, asking for a conversation via Clubhouse!

Why should you keep an eye on it?

Despite, or perhaps because of its exclusivity, this app is going to be big! It’s being credited with taking the “media” feel right out of social media, leaving users with what they love (and have missed) about social media-the social aspects.

Having raised new funding since its launch, with huge support from entrepreneurs and business elites Clubhouse is now valued at $1bn, and is considered to be the next “Unicorn” start-up like AirBnb, Uber and SpaceX. It is showing signs of turning social media marketing as we know it on its head.

Here are a few reasons why Clubhouse might become your new favourite social media platform:

Besides the potential addictive factor, Clubhouse has already experienced abuse, racism, hate speech and content moderation problems. And the initial attraction of a large number of Chinese users to discuss various topics, including politically sensitive topics (such as protests in Hong Kong and the political status of Taiwan), has led to it being blocked as of Monday 8 February 2021, inside China.

Whether this will be a social media app suitable for kids remains to be seen, but for now, we all await our invitation to the hottest party in town!