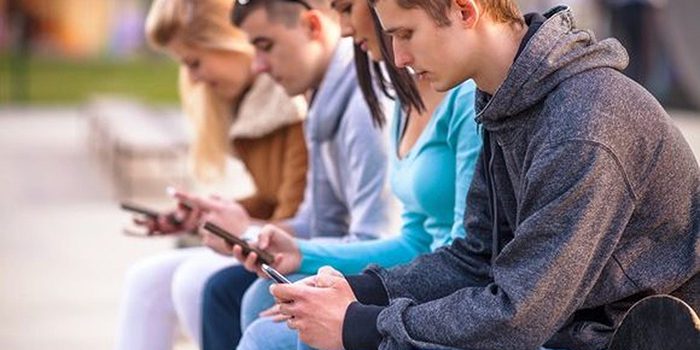 A recently released report by the US Center for Disease Control and Prevention shows that the death rate among teenagers and young adults (ages 10 to 24) due to suicide, has significantly increased in the last decade, outpacing all other age groups.

Though these statistics come from the USA, it can be helpful to consider them within the South African Context as the USA more routinely updates their statistics.

For many years, suicide among youths was relatively rare and its frequency relatively stable. However, from 2007 to 2017, the number of suicides among people ages 10 to 24 in the US, suddenly increased a whopping 56 percent. This makes suicide the second-most common cause of death among teenagers and young adults, overtaking homicides and outpaced only by accidents.

Experts are trying to define the causes of what is now being touted as a public health crisis, with some attributing it to changing social structures, lack of community and the rise of social media following the advent of smartphones 12 years ago, going hand in hand with bullying and less sleep.

Though we are not saying that teenagers access to smartphones has caused this rise in suicide, we are curious about the co-relation and feel that it is prudent to be active in creating opportunities for teenagers to avoid digital pitfalls, rather than being reactive after they have experienced digital difficulties.

More than ever, as parents, we need to be helping our kids to find a healthy digital balance to manage the depression and stress the digital world can cause in the teenage years, a time of tremendous possibility.

Social media can be a positive force, reaching isolated individuals and creating social connections that didn’t exist before. It can, however, be a source of huge pressure to fit in socially, and to act in ways that are not in line with individual and family values.

Here are our 5 tips for parents grappling with finding a healthy digital balance in their family:

Does a preteen really need a smartphone? While the complex reasons for the increasing suicide rates amongst young teens are still being properly determined, perhaps waiting a couple of years to introduce smartphones could at least reduce the effect of the digital world?

Be sure to position the smartphone as something you are giving them on LOAN and that they do not OWN it. This means you can negotiate how they interact with the device and what rules they must abide by to continue to use it.

Have a look at our Digital Family Alliance as a resource as a template to negotiate the terms of your LOAN of the device.

It might seem easier, but we can’t just say NO to all smartphone or social media use for teens. To give our teens the best chance of adult success, we need to ensure that smartphone use doesn’t replace extracurricular activities, family time and opportunities to be connecting with others face to face.

Teens need to be interacting socially, experimenting with small risk taking in supported environments to ensure they develop interpersonal and social skills. There’s also a strong correlation between evening and bedtime smartphone use and sleep deprivation – which increases the risk of depression.

When we were teens, we went out more. When a friend or sibling had a driver’s licence, we finally felt the taste of freedom we had so longed for.

Of course, along with that came risks. Car accidents and inappropriate teen behaviour were common risks many teens took. You might be surprised to know today there are lower rates of teen sexual activity, lower rates of teen pregnancy, and fewer car accidents involving teens. While these statistics are encouraging, they are also being attributed to the fact teens aren’t going out as much as in previous decades – they are glued to their phones, on social media, and are increasingly isolating themselves.

We need to encourage our teens to interact socially in-person, so they develop the social intelligence they will need as adults.

Teens are subjected to constant comparison and feeling left out during what are some of the most uncertain and vulnerable years of their lives. Even as adults, we can fall into the social media comparison trap, but we’re usually sufficiently confident and mature to able to talk ourselves out of feeling too down when we see our other parents’ or professionals’ ‘perfect’ posts on social media. We can’t totally shield our kids from feeling left out, but if we encourage more face to face interaction, more activities, and talk to them about the need to limit social media time, we might be able to protect them from constant comparisons and feeling excluded.

Bullying has existed forever. What’s unique to this generation, however, is that our children are now vulnerable to constant bullying, where ever they are, with little effort and often few direct consequences. Talk to them about both being bullies (yes, even YOUR kids!) and about being victims of bullying.

Be in touch with them – more than ever, they need you to take ownership of your licence to parent!

TIME FOR A DIGITAL SELF ASSESSMENT?

Any cookies that may not be particularly necessary for the website to function and is used specifically to collect user personal data via analytics, ads, other embedded contents are termed as non-necessary cookies. It is mandatory to procure user consent prior to running these cookies on your website.